Easter is always a busy time for us as it is when the Australian Waterski Titles are held each year.  this year it was hosted by NSW and held at Stoney Park near Port Macquarie.  Farmer Phil was chosen to be one of the boat drivers over the 5 day competition so we didn't see a great deal of him!
If you remember last year, Ryan broke his collarbone so was unable to compete even though he had rated in all 3 events.  This year he was fit and ready to do well.  He had put a lot of time into training this summer so was hoping to do well.
He slalomed badly after admitting he was very nervous! Trick was next where he performed okay.  Then jump came and this event is the one he wanted to do really well in after improving a lot from  last year.
Well, his training paid off and was awarded the Silver Medal in the Under 21 Mens Jump event!  He narrowly missed out on a Bronze for overall - if he had slalomed better he may have came in third overall.
Anyway, it was a great Easter and now it's back to the reality of farm life and getting ready to put another crop in. 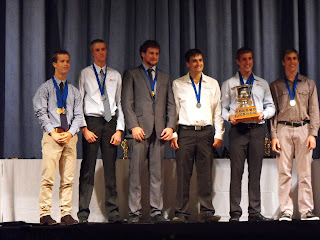 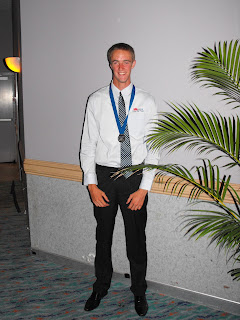 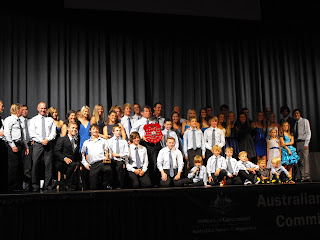 NSW won the Beynon Shield for the 9th year in a row! 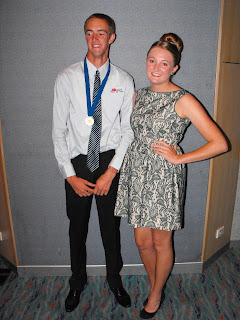