Harvest 2013 was a mixed bag - after a very significant frost event in late October the yields on both the canola and wheat were down from previous years.  The low lying paddocks were badly affected but the more hilly paddocks were fine.

Due to Ryan being away waterski training it was my job to drive the header for a large part of harvest.  We employed a driver for the semi and another bloke to man the tractor and chaser bin.  Daniel helped out for a week or so as well.  It all went smoothly with only a few minor breakdowns.

Anyway, it's all done and dusted for another year and we'll do it all again next year!! 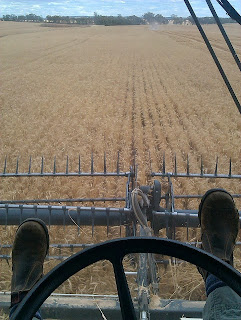 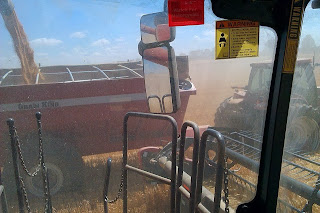 Unloading on the run 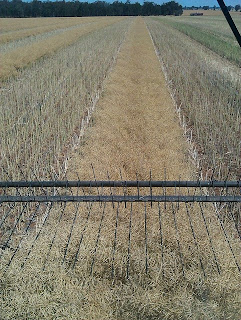