We had a quiet family Christmas with Farmer Phil trying to get as much stubble sprayed as possible before we headed away on our annual 2 week water skiing holiday to Renmark, SA. The rain from late Spring and early Summer has meant that lots of unwanted weeds have grown and need to be controlled quickly.

Our New Years Eve incorporated a 50th birthday party for a good friend and neighbour and I finally met a fellow "farmers wife" blogger in Polly from Duality.

I do not have a single photo of our holiday this year - the camera never came out of it's cover! We spent the whole two weeks very relaxed just skiing, chatting, having a few drinks, eating ourselves silly and generally chillin' with our friends Andrew, Michelle, Lucy and Hannah. We had a rather large camp this year with Daniel and Ange visiting for the first week, Ryan stayed only for the first week too and then went to a water ski training camp. Emma had her friend Hannah stay with us for the whole two weeks which was very entertaining! And Andrew's brother and family visited for a weekend too! We've also made friends with some fellow campers from Victoria who we catch up with each year at Renmark. So, we're home now and getting back to some normality! Although we're off to Port Macquarie tomorrow for Ryan to compete in the Australian Junior Masters Water Ski Tournament! No rest for the wicked as they say!

I thought I'd share with you a few of the Christmas presents I received this year. I was very impressed that my family have actually listened to me when I've dropped hints over the last 12 months!

First of all I wanted a silver balls necklace and I did receive! Yeah!! Now to get the matching bracelet?! 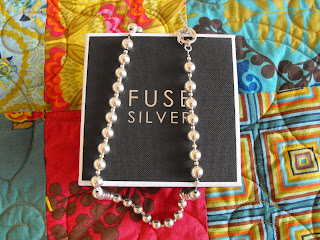 A few new cookbooks were also unwrapped so it either means I'm a terrible cook and the family wants me to get inspired, or they think I love to cook?! 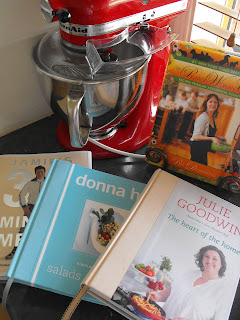 And this is a picture of one of my bookcases absolutely chocked with books - I'm an avid reader and can get through a large number of books quickly when I've got my reading mojo on! 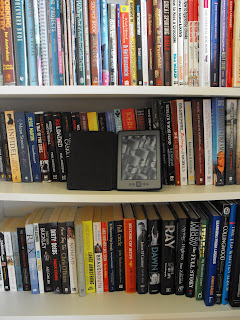 So Emma remembered that I'd been looking at getting myself a Kindle a few years ago but that never eventuated, so I received one on Christmas day! It's the best thing - so easy and cheap to use (lots of free and 99c books to download! The funny thing is that my sister Lisa also received a Kindle from her family for Christmas without either family knowing! If you know either Lisa or myself then you'll know that we're very much alike - we hate coffee but love chocolate, we order the same food whether it's just a sandwich or a meal, and we have the same taste in home decor, clothes, shoes etc. It's very spooky sometimes! 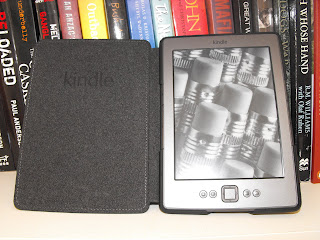 Since receiving my Kindle on Christmas Day I have read:

So there's a really quick round-up of the last month or so here on the farm since harvest finished. More to follow later!
Posted by Donna at 2:36 PM

It was so exciting to meet you in real life Donna! Thanks for the shout out!