We arrived home late Tuesday night from Townsville after a week there for the 2011 Australian Water Ski Nationals. We had a really great time but just didn't get enough time to have a look around Townsville. We shared a house with two other families for the week - 6 adults and 7 kids!

It was our first time at Nationals and both Ryan and Emma learned a lot about serious competition. Ryan skied well enough to get a new tournament PB in slalom. 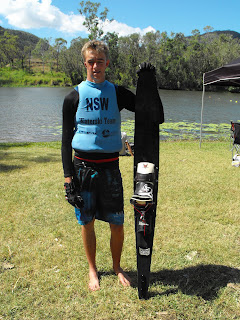 On Monday night we had the Presentation Night at Jupiters Casino which was attended by over 400 people. There was a fantastic fireworks display and the food was magnificent. All 8 states and territories of Australia were represented for the first time this year with NSW winning overall. There were many Australian records and PB's broken during the week so it was a very successful tournament for most competitors. 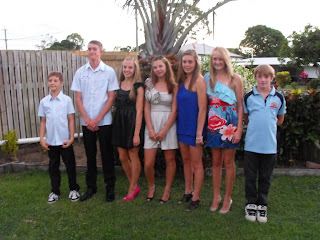 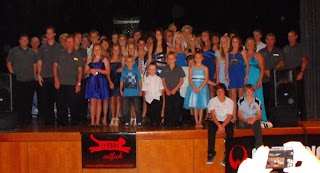 The winning team from NSW

I grew up water-skiing - and my kids are learning how to now that we have a full river once again. THere is no better sport/exercise - how I wish my knees were up to it these days!